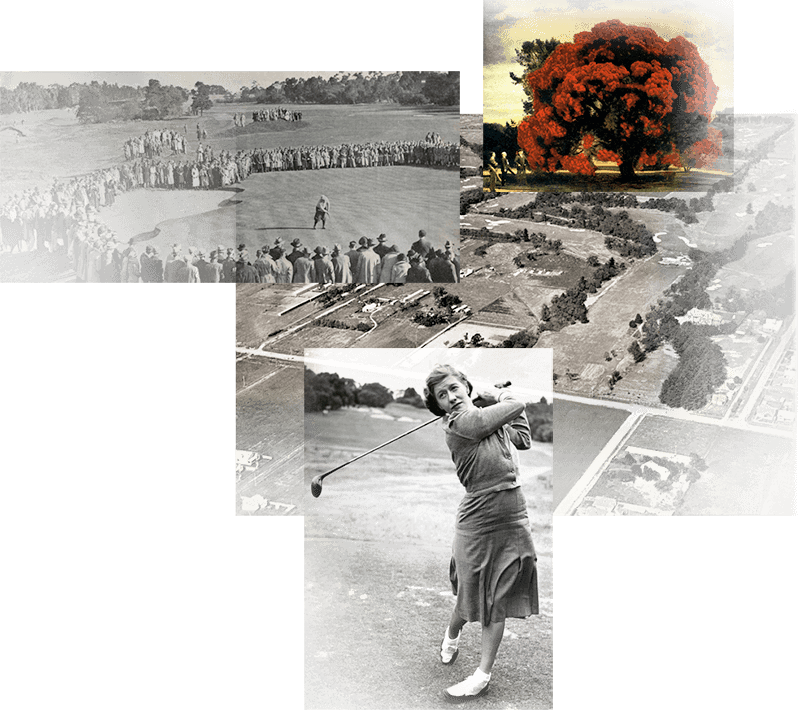 The Metropolitan Golf Club, tucked quietly in Melbourne’s south eastern suburbs is one of the renowned ‘sandbelt courses’ and widely recognised as one of the finest championship courses in Australia.

Metropolitan shared a common origin with Royal Melbourne in 1891 as the Melbourne Golf Club, the Royal title was granted in 1895.

The original links at Malvern were engulfed by housing so in 1901 many members moved nearer to Port Phillip Bay to the present Royal Melbourne course. Those who remained formed the Caulfield Golf Club and in 1906 purchased a farm in Oakleigh with a two storey house. In 1908 the members moved to the new course and began play as The Metropolitan Golf Club.

Designed by engineer member J. B. MacKenzie, the farmland was transformed by the establishment of magnificent plantations of Australian native trees and shrubs and has the most famous specimen of red flowering gum (Corymbia ficifolia) in Australia. This huge tree, magnificent in bloom in February and well over 100 years old, is the Club emblem with the winged golf ball.

With thanks to C. B. Luffman, a former Principal of Burnley Horticultural College, the flora at Metropolitan Golf Club attracts many different species of native birds. 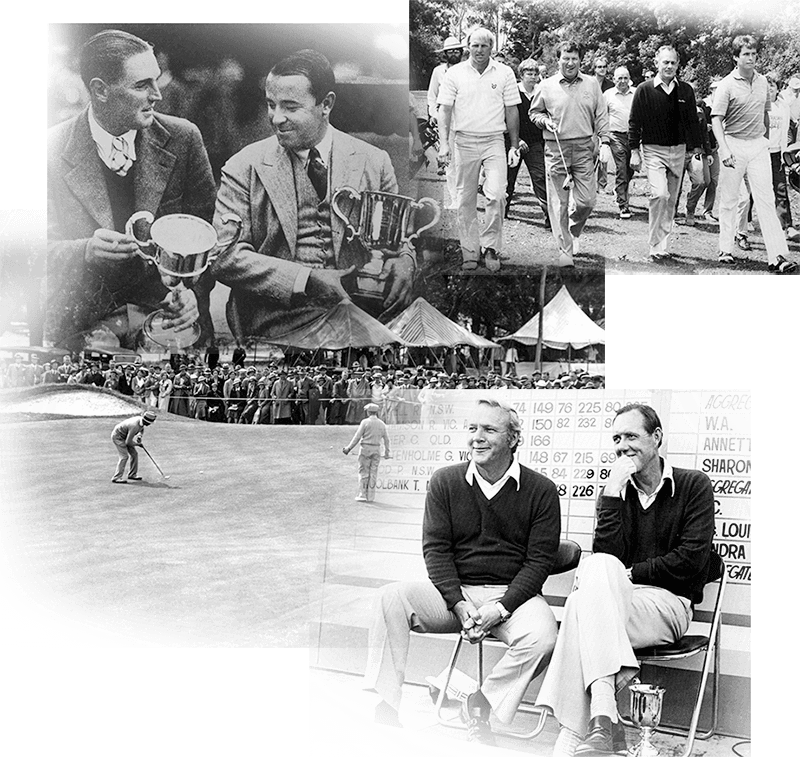 Over the years the course has moved with the demands of the times and staged its first Australian Open in 1930 after modifications suggested by famous golf course architect Dr Alister MacKenzie in 1926.

The Victorian Centenary Open was here in 1934 and Gene Sarazen won the Australian Open at Metropolitan in 1936. Sarazen included the 14th hole as one of his world favorites. Sadly this hole, with some others, was lost in 1960 when land was taken from the Club for school development.

Notable American architect Dick Wilson designed a series of new holes on adjacent land, and it is now hard to pick old from new.

The course has continually challenged the best players in the world. Peter Thomson began his brilliant career with a win here in the 1951 Australian Open. In 1968 the P.G.A. Championship was won by Kel Nagle who defeated a strong field, which included Arnold Palmer, Jack Nicklaus, and Gary Player. Jack Newton won the 1979 Australian Open by one shot from a young Greg Norman, who three-putted the final green. 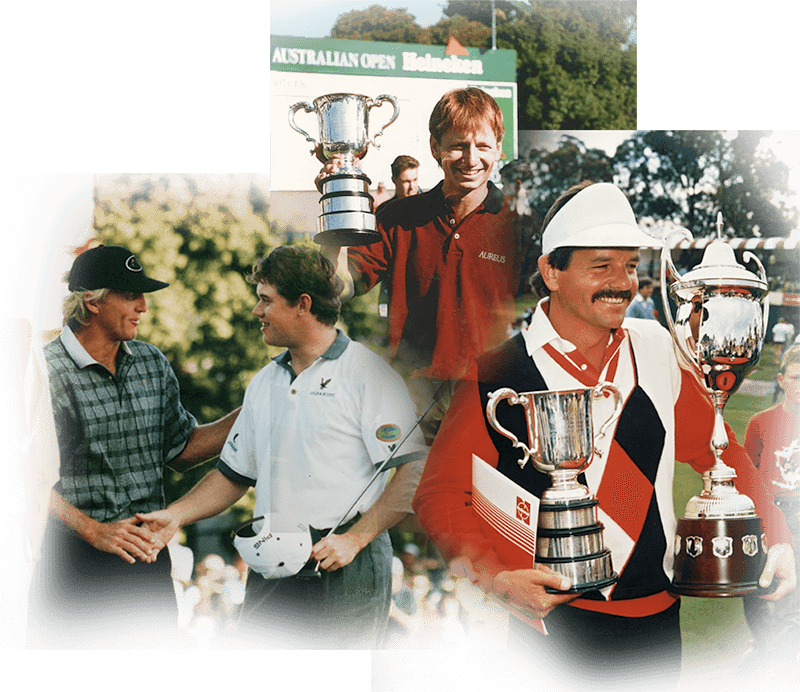 For many years in the early 1980’s the Club was the regular venue for the Victorian Open, but the Australian Open returned in 1986 with Rodger Davis celebrating a popular win.

American Brad Faxon mastered Metropolitan in the 1993 Australian Open with a four-round score of 275, 13 under Par.

The most recent occasion Metropolitan hosted the Australian Open was in 1997 after the course had been lengthened and re-bunkered. English Ryder Cup star Lee Westwood defeated Greg Norman on the fourth hole of a sudden death playoff, after Norman once again three putted the final green.

In total over the years the Club has hosted seven Australian Opens, five Australian P.G.As, ten other Professional tournaments and in 2001 it hosted the Australian Amateur Championship for the fifth time. 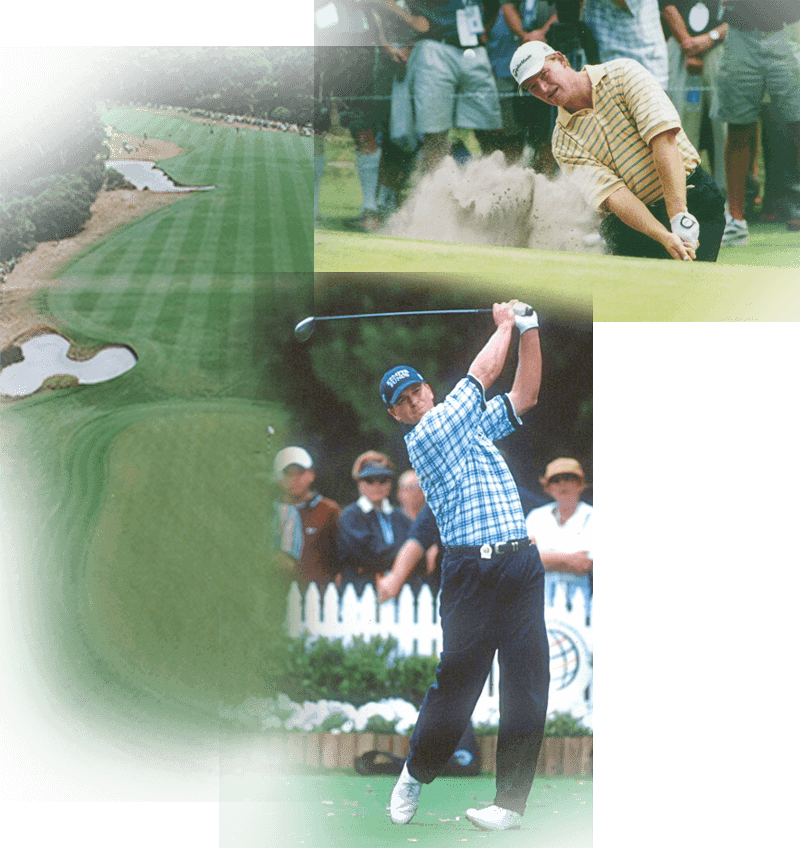 Metropolitan enjoys a reputation as the best conditioned year-round course in Australia.

Prior to the 1997 Australian Open Greg Norman described Metropolitan’s pure couch grass fairways as the best he had played on anywhere in the world. During the 2001 World Match Play Championship, a number of the world’s top-ranked players compared the condition of the course to Augusta National.

The bentgrass greens are large, firm, and fast and are hand-mown right to the edge of the greenside bunkers. In total there are 96 bunkers on the course and almost every hole is flanked by huge stands of Australian native trees which provide sanctuary to many species of native birds, including the noisy but beautiful sulfur-crested Cockatoo and the multi coloured rainbow Lorikeet. 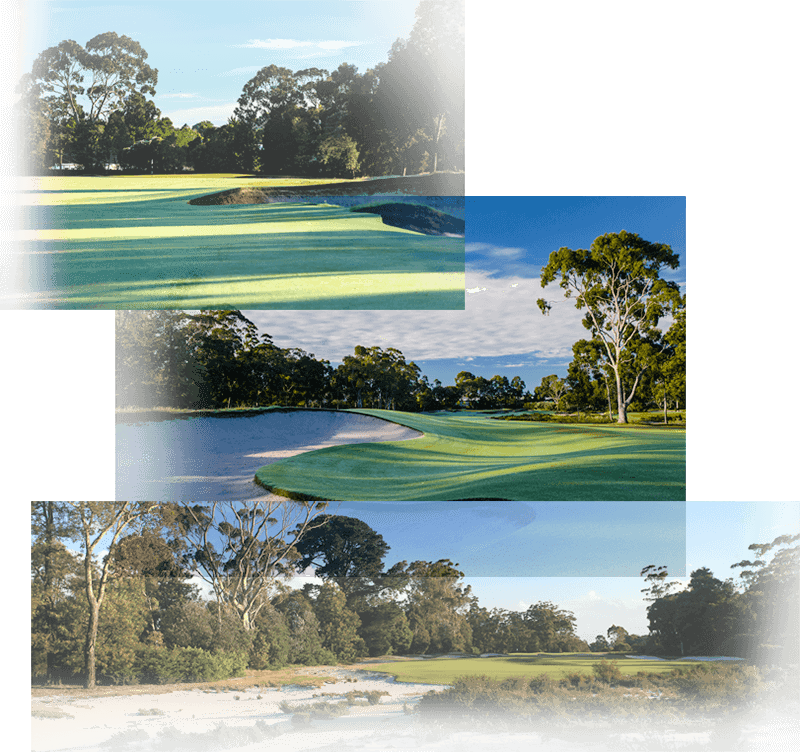 Metropolitan celebrated its centenary year in 2001 and hosted the World Golf Championships, Match Play Championship in the first week of January.

Sixty-four of the highest ranked golfers in the world competed in elimination format for 5 million U.S. dollars and the Walter Hagen Cup, on the course Hagen described in 1930 as “by far the finest course I have played in Australia”.

Pre-tournament favourite and world number 2 Ernie Els was knocked out in the semi-final by little known Swede Pierre Fulke, who couldn’t repeat his effort in the 36 hole final the next day in losing to American Steve Stricker 2 & 1. 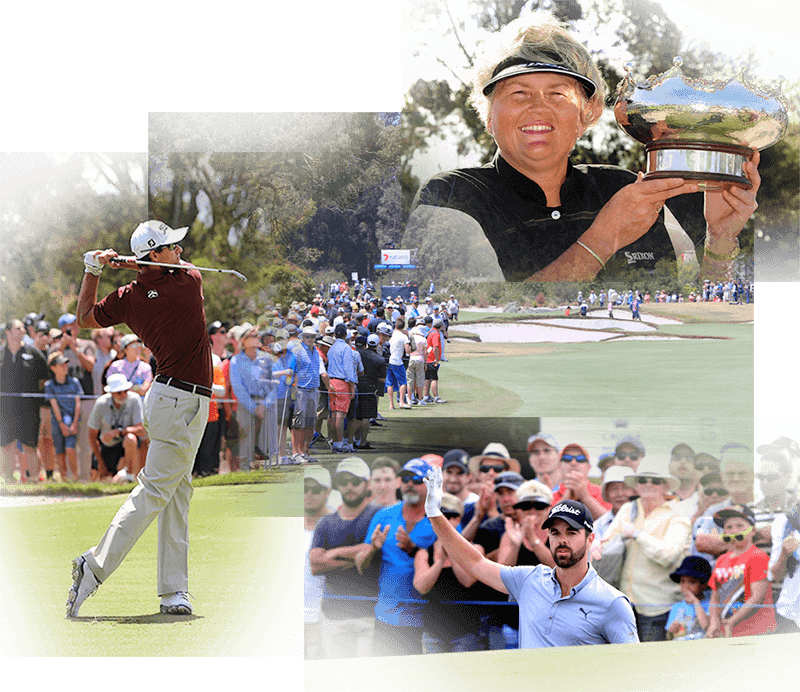 These changes were designed by Michael Clayton Golf Design.

In February 2009 the Club hosted the Women’s Australian Open Championship, which marked 100 years of play on the course at Oakleigh. It was during that week that the women’s course record of 66 was set by Australian golfing legend, Karrie Webb. The event was a great success and was won by England’s Dame Laura Davies.

In May 2013 the Club opened its new Clubhouse and in November 2014 it hosted the Australian Masters for the first time, won by South Australian Nick Cullen. Although the golf course defending itself to low scoring during the week, it was Rhein Gibson that set a new men’s course record of 65.

Adding to its rich tournament history, the Club hosted the World Cup of Golf in November 2018. A high-quality field contested the 59th staging of the event, which was won by the Belgian team of Thomas Pieters and Tom Detry, who finished three shots clear of Australia and Mexico.